As part of our bio-diversity project at Le Frehindi-Paris with the active support of Indian Embassy in Paris, I would like to bring to you the importance of “Mother Ganga”- the lifeline of India, as described in the book “Vishwa Dharohar Ganga” launched in Paris & Brussels by Ex. Chief Minister of Uttrakhand & currently the honourable HRD Minister of India, Dr Ramesh Phokriyal “Nishank”, who is also the author of this insightful book on how “Le Gange” as it is called lovingly in France, qualifies as not only a life-giving mother to people of the Indian subcontinent but also as the spiritual mother of the world.

For students in Europe who come for a reverse exchange program to India, Le Frehindi often provides us with the opportunity to accompany visiting European students for a tour on the importance of mother Ganga starting from Haridwar to Varanasi. At the end of the tour, the students must submit a report on what inspired them & what they are taking back to Europe from mother Ganga. Almost all reports are startling & amazing praise of mother Ganga & how it has shaped in a sort duration by influencing their own thinking about the meaning of life in the most positive & spiritually elevating ways.

Such is the influence of Mother Ganga that it leaves an everlasting impression on the lives of people who come in contact with it, irrespective of the duration.

We would like to put some real facts about Ganga before our readers and future students of Europe who are expected to visit my University in India in early 2021 :

The above main facts & many more as explained beautifully by Dr Ramesh Phokriyal: “Nishank” in his above-mentioned book, make mother Ganga not only the spiritual heritage for the people of the world but also an ecological treasure of the world, worthy to be preserved & saved from the pollution that has started to infect it at many places especially in the planes soon after she dances down in her purest form from the hills of Dev Bhoomi “Uttrakhand”.

Here are some pictures of our launch in the last two years in Paris & Brusells and many more to come in the session 2020-21.

Namasté / Bonjour / Hello, I am Harbinder Singh MEHRA ( Haru ), the author & principal blogger of the above "News & Views blog" & President-CEO of Paris based Le Frehindi which is an Indo-French organisation licensed by ATOUT-France. Something about myself : The name ‘Frehindi’ is derived from the language 'French' and ‘Hindi' which I coined in 2008 after playing with global languages in my pep-poetry sessions with the rhyming words of Hindi, French, Spanish & English. Essentially I am an entrepreneur & loves to write. Nicknamed as "Haru" in the Industry I am proud to be often quoted in national & international Media on youth exchange programs/tourism and feel privileged whenever invited by schools & universities across the globe to address students, teachers & parents on the international best practices for experiential-based learning & the correct path to skill development. I am fortune to write five published textbooks for students in India, one guide book on classroom games & activities to inspire natural learning & several papers presented on various University conferences, educational counsels & events of trade bodies. I divide my time between my home in Lyon & my head office in Paris with quarterly visits to Indo-Pacific region for business. Something about my passion i.e my work : Licensed in Europe by ATOUT-France with Financial guarantees back by APST & ALLIANZ Group, Le Frehindi's "Youth awareness program: Creating Links with India" is under the patronage of Embassy of India in Paris which helps youth of Europe to discover the new India, where modernity perfectly co-exists with its centuries-old traditions & culture. The objective and purpose of brand "Frehindi" is to help global youth via their institutions to become truly global citizens by providing them opportunities through Create, Crave & Contribute platforms by creating innovate products & services in scholastic tours, linguistic & cultural exchange programs, experiential learning camps, DMC services, creative contests, various assessments & certification programs for institutions, global teachers training programs, virtual theme-based tours & access to higher educational opportunities with an objective of learning globally & adding value locally via Frehindi's various skill development initiatives. You may reach me at ceo@lefrehindi.com. Warm Regards, CEO & President, Le FREHINDI-Paris www.lefrehindi.fr 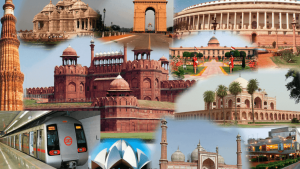 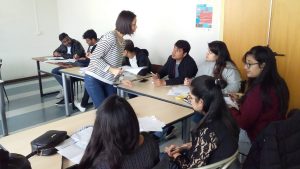 Go on let us know your valuable views & comments....